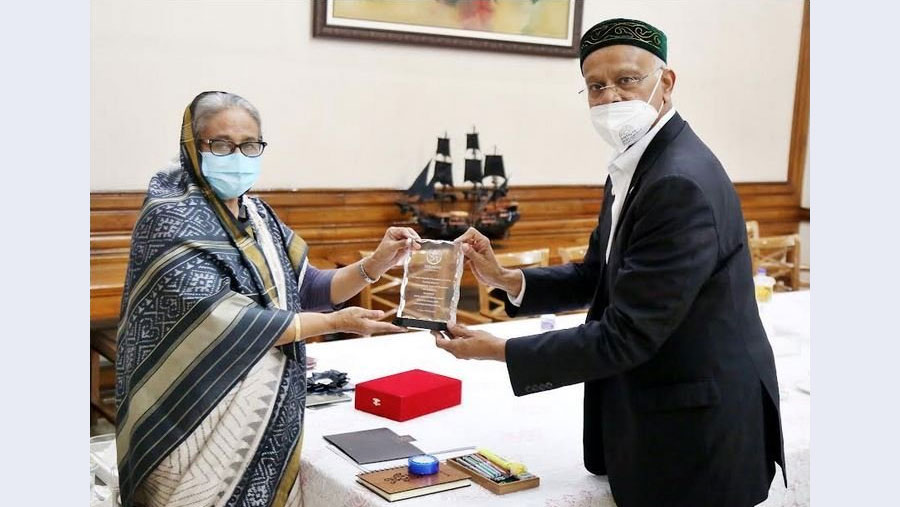 Bangladesh has got the ‘International Peace Award’ as one of the founding members of the D-8 Organization for Economic Cooperation.

The award was given in memory of the Former Prime Minister of the Republic of Turkey Prof Dr Necmettin Erbakan.

Dr Fatih Erbakan, President of the Board of Trustees of Prof. Dr Necmettin Erbakan Foundation, sent a letter to Prime Minister Sheikh Hasina informing her of the matter, said a press release of press wing of the Prime Minister's Office.

Mosud Mannan, Ambassador of Bangladesh to Turkey accredited to Georgia, Turkmenistan and the D-8, on Monday (Aug 1) handed over the award that included a crest and the letter to Prime Minister Sheikh Hasina at her Ganabhaban official residence in Dhaka.