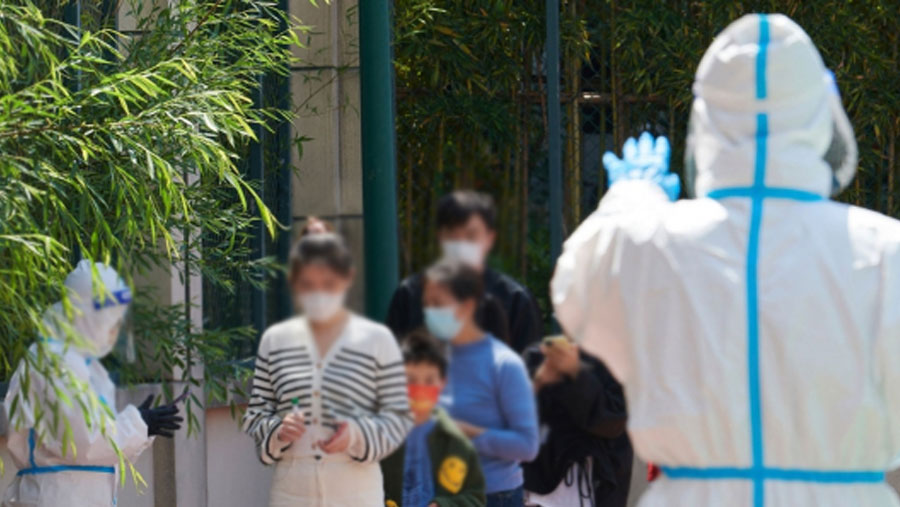 Almost one million people in a suburb of Wuhan – China's central city where the coronavirus was first recorded – have been placed under lockdown.

Jiangxia district residents have been ordered to stay inside their homes or compounds for three days after four asymptomatic Covid cases were detected.

This has resulted in far fewer deaths than in many other countries.

But the strategy is facing growing opposition as people and businesses continue to face the strain of restrictions.

Two more cases were found through contact tracing, and shortly after the lockdown order was issued.

Wuhan became known around the world in early 2020 as the first place scientists detected the new coronavirus – and the first city to be put under harsh restrictive measures.

At the time, the wider world was shocked by the strict lockdown, but many cities and countries were soon forced to impose their own similar measures.

Later, China became known as a Covid success story, with restrictions lifted much earlier than in many other countries.

But that has changed again, with China pursuing a "zero Covid" strategy resulting in frequent local lockdowns, rather than trying to live with the virus as in most other countries.

A rising number of Chinese companies and factory production lines are maintaining a closed-loop system in order to follow the goal of completely eliminating Covid.

In order to keep parts of the economy open, employees have been told to live temporarily in their workplaces to minimise contact between work and home.

Earlier this week, scientists said there was "compelling evidence" that Wuhan's Huanan seafood and wildlife market was at the centre of the Covid outbreak.

Two peer-reviewed studies re-examined information from the initial outbreak in the city.

One of the studies shows that the earliest known cases were clustered around that market. The other uses genetic information to track the timing of the outbreak.

It suggests there were two variants introduced into humans in November or early December 2019.

Together, the researchers said this evidence suggests that the virus was present in live mammals that were sold at Huanan market in late 2019.

They said it was transmitted to people who were working or shopping there in two separate "spill-over events", where a human contracted the virus from an animal.

China has seen more than 2.2 million cases and 14,720 deaths since the pandemic began in 2019, according to America's Johns Hopkins University.