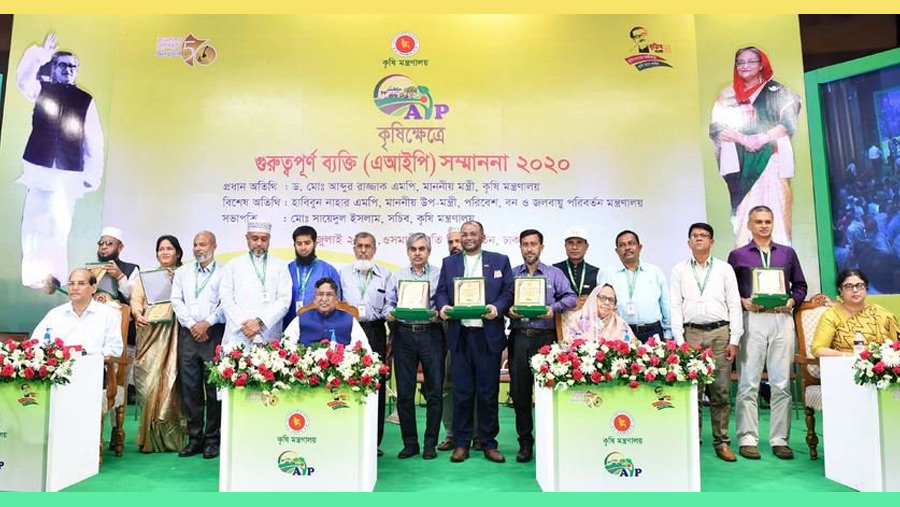 Agriculture Minister Dr Abdur Razzaque on Wednesday (Jul 27) said that a new chapter has been added to the country’s agriculture arena with the distribution of the Agriculturally Important Person (AIP) awards.

“The farmers, agronomists, entrepreneurs, producers, and others associated with agriculture are the artisans of success of the country's agriculture sector. The introduction of the AIP award will further enhance their honour and status of the profession,” Dr Razzaque said while addressing as the chief guest at the award distribution ceremony at city’s Osmani Memorial Auditorium, said a press release.

“This award will play a strong role to attract the educated, talented and creative youths to this profession in future, as our goal is to promote agriculture as a commercial and respectable profession,” the minister added.

The government formulated the AIP Policy in 2019 to award Agriculturally Important Person (AIP) Award every year to honor and encourage those involved in agriculture, who are one of the key players for the success of agriculture in the country.

It was stated in the ceremony that the AIP awardees will enjoy the same facilities and honor as the Commercially Important Person (CIP) awardees.