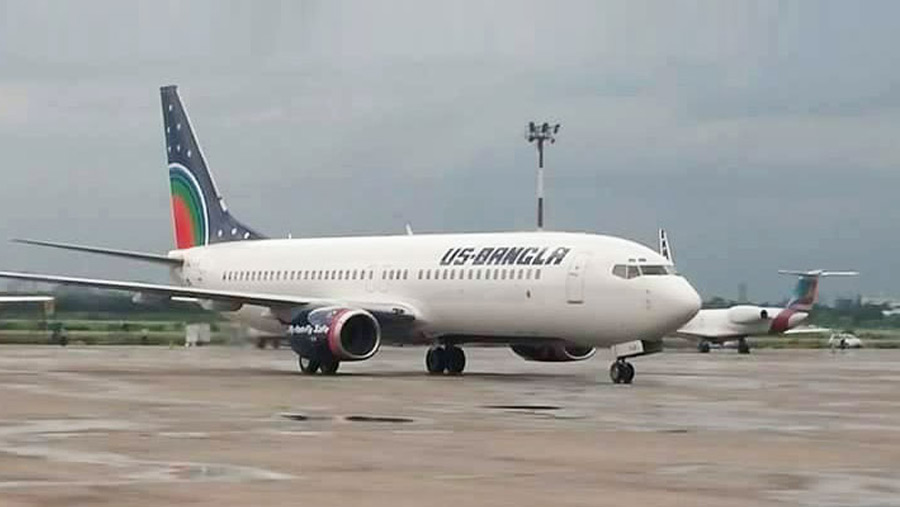 US-Bangla Airlines, one of the country's private carriers, will increase its flight frequency on Dhaka-Kolkata-Dhaka route in neighboring India from Aug 4.

The carrier will operate two daily flights on Dhaka-Kolkata-Dhaka route instead of existing one as passengers demand has been amplified in recent times, a press release of the airlines said on Tuesday (Jul 26).

The airline will operate the two flights to Kolkata, capital city of Indian state West Bengal, with 164-seat Boeing 737-800 aircraft.

US-Bangla Airlines is also planning to operate flights on Chattogram-Kolkata and Dhaka-Delhi routes in the near future, said the release.

The airliner fleet currently has a total of 16 aircraft including six Boeing 737-800, seven ATR 72-600 aircraft and US-Bangla plans to add seven more aircraft to its fleet this year.